OPEN have made a name for themselves, rethinking what we never thought possible from gavel bikes. Now, they’ve taken it one step further with the all new WI.DE. (Winding Detours) With enough tire clearance to comfortably run 650b x 2.4”, thanks to their ingenious Double-Drop Chainstay technology, the ultimate adventure bike (the OPEN U.P.) just outdid itself! In doing so, they’ve created a very efficient box structure that’s not only super stiff and light, but also allows for more tire clearance and another great spot to carry much needed tools on those adventure rides where you haven’t really decided where you’re going before you leave the house. Without losing any of that handling that has made OPEN’s bikes famous, they’ve created a trail monster, that still manages not to detract from on-road fun. Sporting OPEN’s TRCinTRS (The Right Carbon in The Right Spot) technology, and their trusted U-Turn fork featuring Smartmount 160mm direct flat mount brake attachment front and rear, Thruthread Dropouts, Syntace X12 axle system, internal routing, Wire-Stays and a whole host of other impressive features such as their newly self developed fender system, the bike is built to go anywhere, and take you along for one hell of a ride! The new WI.DE. becomes available from July, just in time for those late winter adventures. But numbers are limited, so don’t delay!

Find out about all the details on the OPEN WI.DE. here

Find out about the backstory of the WI.DE.'s development here.

SQlab cleans up at Eurobike 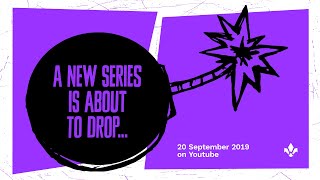